How to be an informed citizen 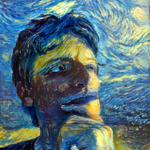 Every day is seems like the world is becoming more divisive. The internet and social media have the power to shed light on corruption and other problems in government, but they have also created a divisive political climate that leaves people unsure of how to respond to the problems or unable to do so because of political gridlock. The key to breaking through and achieving solutions is encourage more people to become informed citizens who know how to think critically about their government and create real change. To become a more informed citizen yourself, follow these steps.

It is no secret that most news outlets have various political biases that can work their way into their reporting. Even if they report on information that disagrees with their views, a common tactic is to tuck it in at the end of a story knowing that most people don't read that far. Another strategy is to carefully choose a headline that primes you to view the story from their point of view before even reading the story. This is why if you get all of your news from one source, you will never be fully informed. To be an informed citizen, it is best to follow as many different news sources as you can, and from various areas of the political spectrum.

Step 2: Learn the difference between news and opinions

A common tactic used by some information outlets is to blur the line between news and opinions. True news outlets are bound to adhere to certain journalistic standards, while opinion pieces and talk show hosts are not bound to those standards. Make sure you understand when you are getting information from a true news piece and when it is an opinion piece, which can often come from the same outlets.

Step 3: Step out of your political party

Most people decide what political party they belong to and then use that to decide what new sources to support. Likewise, people often will agree or disagree with the statements, policies, or actions of a politician based only on which party they are in. An informed citizen is able to rise above that and start with the facts, then decide which politicians or ideas they should support. A great way to achieve this is to ask, "If this politician belonged to the other party, would I still support them?" If the answer is yes, then they deserve your support, but if not, then it is time to reconsider your support for that person or idea.

Step 4: Learn to use primary sources