Remember more of what you learn about any topic

You write down what you learn
Lernabit reminds you to review it
You remember it forever
The appeal to authority, also called the argument from authority, is an argument in which something is asserted to be true based solely on the credentials of the person who said it. For example, if I state that something is true because it was told to me by a guy with a Ph.D., that would be an argument from authority. Backing up a claim with statements about someone's credentials may or may not be a fallacy, depending on the situation. Some people with fringe ideas misuse the argument from authority, stating that science itself is an argument from authority, and is thus no more credible than their fringe ideas. However, this is an inaccurate comparison. In the case of science, an expert is merely a proxy for evidence-based discovery. An expert in a scientific field is one who has vast knowledge of a subject, but that knowledge is still backed by evidence. In addition, their “expert” status is usually given by their peers as a result of having contributed new knowledge to the field. In contrast, someone with fringe ideas is usually a self-proclaimed expert whose views lack any credible evidence. In other words, being an authority figure only matters if the field in which they are an expert is itself credible. An expert in nonsense is still full of nonsense. The appeal to authority is closely related to another fallacy called the appeal to the common man, which is basically the opposite form of the argument. The appeal to the common man is the suggestion that a given claim is true because the person who said is not an expert. This might sound absurd, but it actually occurs quite frequently, especially from people who subscribe to conspiracy theories or quack medical treatments. For example, people selling medical treatments that aren't based on science often treat that as a benefit. They usually claim that the reason real doctors don't use such treatments is because “real science” just hasn't caught up yet, implying that the person who created the treatment has some knowledge that nobody else in the medical field has. Another common example is when someone promotes a product and claims that it is better because it was “created by a mom” or “develop by a school teacher”. If someone invents a product and happens to also be a mom or a school teacher, that's fine as long as it works. But their role as a mom or a teacher is usually irrelevant and does not in itself make their claim or their product any more reliable. There are some exceptions to this. For example, a school teacher probably does have some valid input about how to more effectively teach kids. A construction worker might have useful ideas for designing a better hammer. But those qualifications are a result of having considerable experience in the field, not because they are an “everyday person”. The appeal to authority and the appeal to the common man are both similar to the ad hominem argument. The main difference is that the appeal to authority or appeal to the common man are intended to build credibility for someone's argument, while an ad hominem attack is intended to diminish the credibility of someone else's claim. But in both cases, the best way to determine the validity of such claims is to consider their relevance to the point being made. If someone's expertise is based on sound evidence and research, or if their extensive skills in a field give them special insight into the topic, then it can be a source of credibility. But if they come from an unrelated field without any evidence for their claims other than their credentials-- or lack thereof-- they are using a fallacious argument. #logic #skepticism #critical thinking #fallacy #fallacies 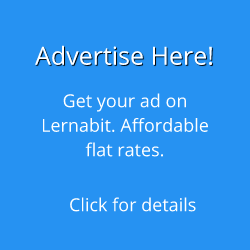 Start creating your own notes and remember more of what you learn. Signup now to get started.